Rebuilding the Middle Class: The Liberals Have a Chance to Rectify their Past Economic Mistakes 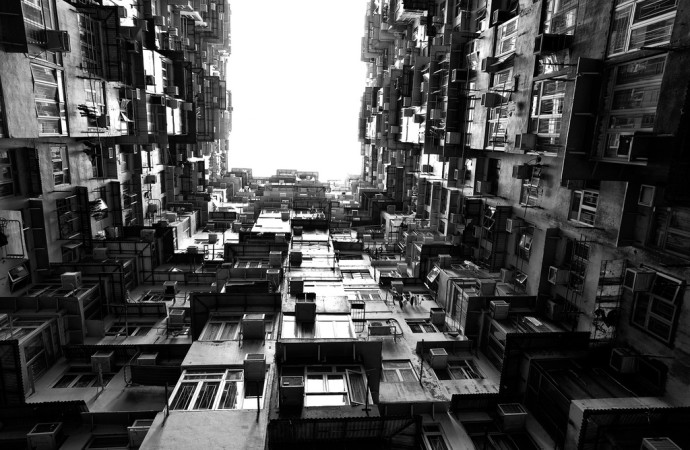 Par Jacqueline Best After a decade under a Conservative leadership that actively undermined the government’s capacity to conduct research, Canadians have elected a government that has promised to base its policies on evidence. Yet, if the new Liberal government wants to pay attention to the evidence, it will have to recognize that it cannot lay

After a decade under a Conservative leadership that actively undermined the government’s capacity to conduct research, Canadians have elected a government that has promised to base its policies on evidence.

Yet, if the new Liberal government wants to pay attention to the evidence, it will have to recognize that it cannot lay all of the blame for the declining middle class on the Conservatives, since the trend towards growing inequality started on the Chrétien government’s watch.

A recent report by TD Economics notes that while the top 20 per cent of income earners have gained 30 per cent since 1976 (most of that since 1994), the middle 20 per cent have only seen an increase of about 5 per cent in that time. More tellingly, the report suggests that it was only in the mid-to-late 1990s that the level of inequality in Canada began to take off  “when governments stopped leaning against income inequality.”

During the campaign, Justin Trudeau demonstrated his willingness to take on board new economic thinking and break with the old Liberal Party’s obsession with paying down the debt at any cost. Although the Trudeau Liberals’ willingness to run a fiscal deficit in the short-term was ridiculed by the Conservatives and challenged by the NDP, it is entirely consistent with much economic thinking today.

A recent discussion note by economists at the International Monetary Fund (not known as a bastion of left-wing thinking) warned governments like Canada against imposing austerity measures in order to pay down their debts more quickly. The authors note: “If fiscal space remains ample, policies to deliberately pay down debt are normally undesirable.”

Or, to borrow former NDP leader Jack Layton’s well-known phrase (as noted in a column by Andrew Coyne last March), there is little point in paying down your mortgage faster when your house is falling down.

Yet it was the Chrétien and Martin Liberals, not the Conservatives, who made debt reduction a centrepiece of their economic policy in the 1990s and early 2000s. The first cuts made in the 1990s were designed to reduce what had become a genuinely unsustainable deficit. Back then, Canada faced a milder version of Greece’s current crisis, with bond markets increasingly suspicious of the government’s credit-worthiness.

What started as a strategic response to external pressures soon became an end in itself.  The running of surpluses to pay down the debt became a mantra — part of the brand of the Liberal Party itself.

As we now know, that policy had serious human costs, as the government compromised its key investments in Canadians’ health and education — eroding our social infrastructure.

I remember well the moment when the Liberal government stopped leaning against inequality and started to dismantle the same social policies that Pierre Trudeau’s government had built. I was a parliamentary intern in the House of Commons from the Fall of 1994 to the Spring of 1995 (one of my fellow interns was Arif Virani, who has just been elected as a Liberal MP for Parkdale-High Park). I watched a Liberal party that had campaigned on the left move sharply right. I watched smart, progressive politicians such as Lloyd Axworthy overseeing the erosion of our social infrastructure, and I tried to understand why.

That experience shaped the rest of my career. I decided to go back to university and become a professor of international political economy in order to try to understand why countries like Canada could believe that they had to destroy their social fabric in order to survive economically — and how we could prevent this happening again.

In the twenty-plus years since I first sought to understand how Canadians can foster a caring and just society in a competitive and often unstable global economy, I have not come up with any easy answers. But I do know that a Liberal government that is genuinely open to learning from the evidence — and committed to paying attention to inconvenient truths — will not reproduce the same mistakes that it once made.

Rising inequality hurts all of us. Recent research has shown that more unequal societies don’t grow as quickly, as many members of society find themselves unable to invest in their education and training, decreasingly overall productivity.

As the TD Economics report notes, the factors that allowed us to avoid the more radical hollowing out of the middle class seen the United States in recent years can no longer be counted on, as the commodity boom comes to an end and the hot housing market starts looking increasingly like a bubble about to burst (or at best deflate). Without creative government action, we are at risk of falling into a vicious cycle of lower growth, cuts to programs, further inequality and even lower growth.

While some might argue that the Bank of Canada’s recent downgrades to the economic outlook should push the Liberals back into their old austerity mode, that zero-sum game no longer holds water. As middle-class jobs come under even more pressure, restoring greater equality among Canadians can help us all.