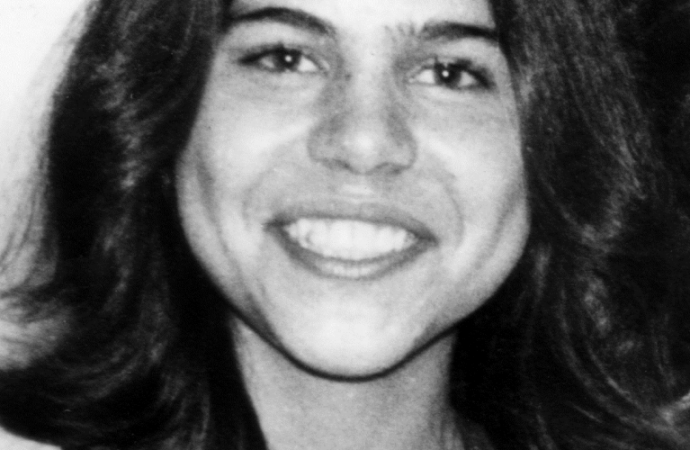 by Ruth Bradley-St-Cyr The 35th anniversary of the death of Mona Mahmudnizhad seems to have passed without world notice yesterday. On 18 June 1983, she was executed in Iran for being Baha’i and for teaching that faith to the children in her community. Her death, and especially her courage as the last one executed in a

The 35th anniversary of the death of Mona Mahmudnizhad seems to have passed without world notice yesterday. On 18 June 1983, she was executed in Iran for being Baha’i and for teaching that faith to the children in her community. Her death, and especially her courage as the last one executed in a group of ten women convicted of the same “crime,” moved many people. One was Canadian human rights lawyer Payam Akhavan who gave the 2017 CBC Massey Lecture series entitled “In Search of a Better World.”

As a Baha’i himself from Iran, the death of his contemporary had a huge impact, and he has spoken and written often about Mona: “We know that when Mona was on the gallows that she, with the noose around her neck, smiled at her executioner in a final act of defiance. This just shattered my world. It completely changed the course of my life. I had a stark choice: to exercise my freedom to become a bystander, or to commit my life to struggling for justice.”

Akhavan became a lawyer, a UN prosecutor, and legal counsel at the International Court of Justice, the Supreme Court of Canada, and the US Supreme Court. His UN work involved him in some of the worst human rights abuses of our time: Rwanda, Bosnia, and East Timor.

By most accounts, it was a high school essay that led to Mona’s arrest. The assignment was to write about religious freedom in Iran. The expectation was that students would praise the government, but Mona could not since her Baha’i faith was being attacked and her coreligionists persecuted. Instead, she wrote this:

“Freedom” is the most brilliant word among the radiant words existing in the world. Man has always been and will ever be asking for liberty. Why, then, has he been deprived of liberty? Why from the beginning of man’s life has there been no freedom? Always, there have been powerful and unjust individuals who for the sake of their own interests have resorted to all kinds of oppression and tyranny…

Why in my country are those who are members of my religion abducted from their homes at night and taken to mosques in their nightgowns, and subjected to whipping? As we have recently witnessed in our own city, Shiraz, their homes are looted and set on fire. Hundreds of people leave their homes in fear. Why? Because of the gift of liberty that Islam has brought?

In Canada, at the same time that Payam Akhavan’s life was being changed by Mona’s execution, songwriter Doug Cameron too was moved by her death and wrote the music for and recorded “Mona with the Children” (lyrics by Seals and Crofts) which moved more people and helped bring the human rights crisis of the Baha’i in Iran to world attention:

I can’t believe that Mona Mahmudnizhad was entirely forgotten on the 35th anniversary of her death, but a Google News search shows no evidence of its being noticed yesterday.

This Saturday, June 23rd, will be the 33rd anniversary of the Air India bombing, which, as Canada’s worst mass murder with the deaths of 329 people, should be an integral part of our history, a key lesson about our worst failing as a proudly multicultural society. Memorial services are planned in Ottawa, Montreal, Toronto, Vancouver, and Cork County, Ireland. Lest we forget.

Ruth Bradley-St-Cyr is CIPS’s Senior Editor. With Master’s degree in hand in 1988, her first move was to join a coffee picking brigade in Nicaragua. She then built her career in book publishing, working at Prentice-Hall, McGraw-Hill Ryerson, the United Church Publishing House, Between the Lines, Canadian Scholars’ Press, Stoddart, Stewart House, and the University of Ottawa Press, where she was Director. She did her PhD at the University of Ottawa, graduating in 2014, and is currently a part-time professor in the English Department and a freelance writer and editor with several long-term clients, including three academic journals.