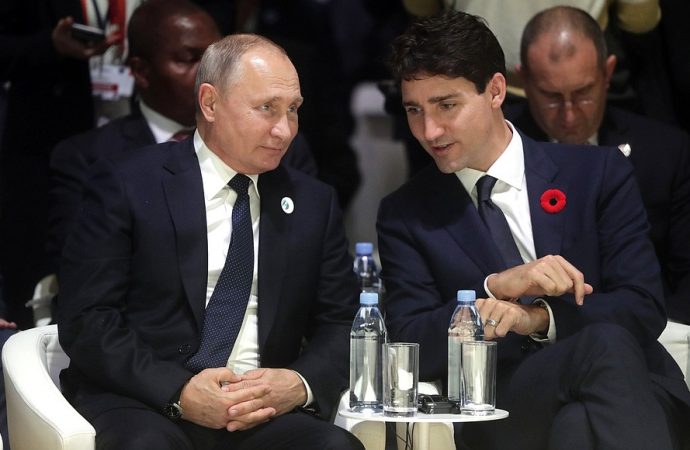 Part 1 of this blog dealt with the fairly generic alarms raised by the CSE regarding election tampering by foreign cyber threats. As far as the specific threat to Canada is concerned, CSE says the following: « Since the 2015 federal election, Canadian political leaders and the Canadian public have been targeted by foreign cyber interference

Part 1 of this blog dealt with the fairly generic alarms raised by the CSE regarding election tampering by foreign cyber threats. As far as the specific threat to Canada is concerned, CSE says the following:

« Since the 2015 federal election, Canadian political leaders and the Canadian public have been targeted by foreign cyber interference activities. For example:

No details are provided to substantiate these claims, so we can’t properly evaluate them. Perhaps they are all true, but how significant are they? How much “misleading information” comes from “foreign adversaries”? How influential is it in reality? As for the second and third assertions, they are somewhat laughable. Disparaging cabinet ministers and manipulating information about legislation are hardly the sole prerogatives of foreign governments. They are pretty much the day to day norm of Canadian politics.

Clearly CSE has in mind the story of Chrystia Freeland’s grandfather’s Nazi connections, and the Russian government’s objections to the Magnitsky Act. However, the first story is true, not disinformation, and in any case wasn’t originated by the Russian government but by Australian journalist John Helmer. And of course foreign governments fight back against legislation targeting them with sanctions. Again, that’s just normal. It’s hard to see what the issue is here. But that’s the whole of the evidence that CSE produces to justify the claim that Canada is likely to experience “foreign interference” in its forthcoming election.

In short, it doesn’t add up to much. Of course it is possible that during our forthcoming election campaign people outside Canada will spread messages through social media, some of which will be false, and that various hackers will target Canadian political organizations. It’s right that people should be aware of these possibilities. But there is little to no evidence that they amount to a serious threat to our democratic process.

CSE draws our attention to all sorts of malign activities that foreign actors could do, but all of them could equally be done (and indeed have been done) by domestic actors on a much larger scale. Canadians may remember the “robocall” scandal, for instance, in which the Conservative Party engaged in voter suppression by sending people automated calls telling them that the location of their polling station had changed. The primary sources of electoral manipulation, political divisions, and so on are domestic.

It’s obvious that the primary “foreign adversary” CSE has in mind is Russia. But Russia has nothing to gain from “meddling” in Canadian elections. All the main Canadian political parties are resolutely hostile to the Russian Federation. The Canadian version of the Magnitsky Act passed through the House of Commons unanimously. From a Russian point of view, there’s no difference between Liberals, Conservatives, and NDP, and so no reason to favour one over the other.

Speaking of possible interference in the 2019 Canadian federal election, the CSE report concludes that “it is improbable that this foreign cyber interference will be of the scale of Russian activity against the 2016 United States presidential election.” This is the only reference CSE makes to the scale of the threat, which does not support the idea that this is a major problem.

Unfortunately, this conclusion is lost in the media headlines stating that “foreign interference is likely in Canada’s election.” At the same time, the threat is used to justify calls to regulate social media, and in effect introduce some form of censorship. If only genuine purveyors of “disinformation” and “foreign propaganda” were to be caught up in this censorship, one might not be too alarmed. But recent experience has shown that numerous innocent actors have been accused of being foreign “agents of influence,” “proxies,” “Trojan horses,” “extremist conspiracy theorists,” and so on.

It is all too likely that the relatively minor threat of “foreign meddling” will be used not to hinder the spread of “fake news” but to suppress unwelcome information and viewpoints that diverge from the mainstream. The drive to protect Canadian democracy may, therefore, end up having the opposite effect entirely.

Paul Robinson is a professor in the Graduate School of Public and International Affairs at the University of Ottawa and the author of numerous books on Russian, Soviet, and military history. He blogs at irrussianality.wordpress.com.

Zimbabwe has been gripped by political controversy over the past six weeks, writes @fdchipato... what's the root of the tension? https://www.cips-cepi.ca/2021/05/11/new-challenges-threaten-zimbabwean-democracy/

A year on from his passing, we remember Professor David Petrasek, a great scholar and a wonderful colleague and friend. He is deeply missed. https://www.cips-cepi.ca/2020/05/15/remembering-david-petrasek/