Back to Tehran: Strategies for success 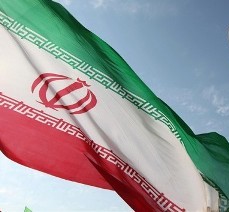 It won’t be easy for Canada to re-establish diplomatic relations with Iran, but it’s worth the trouble.

In September 2012, the Harper government suspended diplomatic relations with Iran, closed the Canadian embassy in Tehran and expelled Iran’s diplomats from Ottawa. In diplomatic terms, this was equivalent to detonating a neutron bomb. After the decision, nothing was left of bilateral relations except empty embassy buildings.

The government at the time had many reasons for acting against Iran, including safeguarding the safety of Canadian diplomats. But its core reason was to isolate and de-legitimize Iran. For this strategy to work, Canada had to convince other countries to join us. Instead, events moved in exactly the opposite direction. The P5 plus 1 group — the United States, United Kingdom, France, Germany, Russia and China — re-engaged Iran and negotiated the nuclear agreement. Now it’s time for Canada to play catch-up.

Although former Conservative Prime Minister Stephen Harper criticized Justin Trudeau for saying he would seek to re-establish diplomatic relations with Iran, even Harper would probably have sought some form of minimum contact with the country if his government had been re-elected. Iran’s importance within the Middle East is simply too great for Canada to ignore. Now that Trudeau has become Prime Minister, we can already see the first tentative feelers being extended from both Ottawa and Tehran to re-establish contact.

Foreign Minister Stéphan Dion confirmed Canada’s interest in re-establishing diplomatic relations with Iran in one of his first media interviews. When Iranian Foreign Minister Javad Zarif met with Iranian expats living in the United States and Canada in New York last September, he said re-establishing consular services for Iranians in Canada and the United States was a top priority.

There are good reasons for sending Canadian diplomats back to Tehran. Iran is a key country in virtually all of the major conflicts engulfing the Middle East; further, in some areas, Iranian and western interests overlap. Like all other G7 countries, Canada should be talking directly to Iran to understand its objectives and to communicate our own.

We also need Canadian diplomats back in Tehran to observe how Iran’s feuding political elites affect Iranian policies. The nuclear deal, for instance, will not succeed unless there is a political consensus within Iran that the deal serves Iranian interests better than a sudden dash to weaponize. So far Iranian elites seem to support the deal, but there is serious opposition. One of the key tasks for foreign diplomats in Iran is to watch how that political debate unfolds. Our diplomats should be there too.

We also need to regain our ability to assist Canadians in Iran. Some Canadians are being held unfairly in Iranian prisons and need our support. There is a small but regular flow of Canadians who need consular assistance when they are involved in accidents in Iran, or are visiting the country in connection with family tragedies.

As trade begins to recover, assuming international sanctions against Iran are relaxed, Canadian business will once again become interested in Iran. When trade between Canada and Iran still functioned, Canada was selling agricultural commodities, forestry products, oil and gas technology and a range of services. Why should Canada lose trading opportunities to other western countries?

For these reasons and more it serves Canadian interests to re-establish diplomatic relations with Iran. How should we go about doing it?

The answer is slowly and patiently. There is great mistrust between the two countries despite the change in governments on both sides.

One of Canada’s most serious difficulties is Iran’s treatment of Canadian dual citizens. Liberal cabinet ministers with long memories will recall that Prime Minister Jean Chrétien began the diplomatic freeze with Iran twelve years ago when Zahra Kazemi, an Iranian-Canadian dual citizen, died in detention in Evin prison. Iran does not recognize dual citizenship and this remains an area of fundamental conflict between the two countries.

The previous Canadian government’s hostile rhetoric against Iran’s rulers eventually registered within the Iranian Foreign Ministry. Foreign Minister Zarif said in an interview with CBC two years ago that Iran expects an apology. This should be a non-starter from Canada’s point of view.

As Canada and Iran begin to re-engage, the guiding principle should be reciprocity. Whatever one side offers should be fully reciprocated by the other side before a further step towards restoring diplomatic relations is taken.

As Canada and Iran begin to re-engage, the guiding principle should be reciprocity

The first step could be re-establishing consular services in a friendly embassy willing to represent each other’s interests. This does not require full-fledged diplomats but does need non-diplomatic staff employed by each country operating in the other’s capital. Canada could re-hire its Iranian consular staff and locate them within the embassy of a friendly country in Tehran. Iran could do the same in Ottawa.

The next step could be re-opening the two embassies with a skeleton staff of full-fledged resident diplomats. Over time the staff of both embassies could be expanded to cover more of the functions described above. Re-establishing a visa section, for instance, requires significant infrastructure and re-staffing that should only be contemplated if the Canadian side has confidence that its diplomats will be treated respectfully. Iran, too, would have the same concerns about its diplomats.

The final step would be the reciprocal exchange of ambassadors. Only then would full diplomatic relations be re-established and the two countries regain some sort of equilibrium in their relations.

It is unlikely that Canada will ever become a friend of the Islamic Republic of Iran under its present form of government. Establishing diplomatic relations, however, is not a reward for good behaviour. Canada after all maintained diplomatic relations with the former Soviet Union throughout the Cold War even when the threat of all-out war was a real possibility. Diplomacy is simply a tool of statecraft. Canada unwisely gave it up with Iran three years ago and now it is time to get it back.

John Mundy was Canada’s last Ambassador to Iran and was expelled from the country in 2007 when attempts to negotiate a reciprocal exchange of ambassadors collapsed. He is writing a book about his experience in Iran.